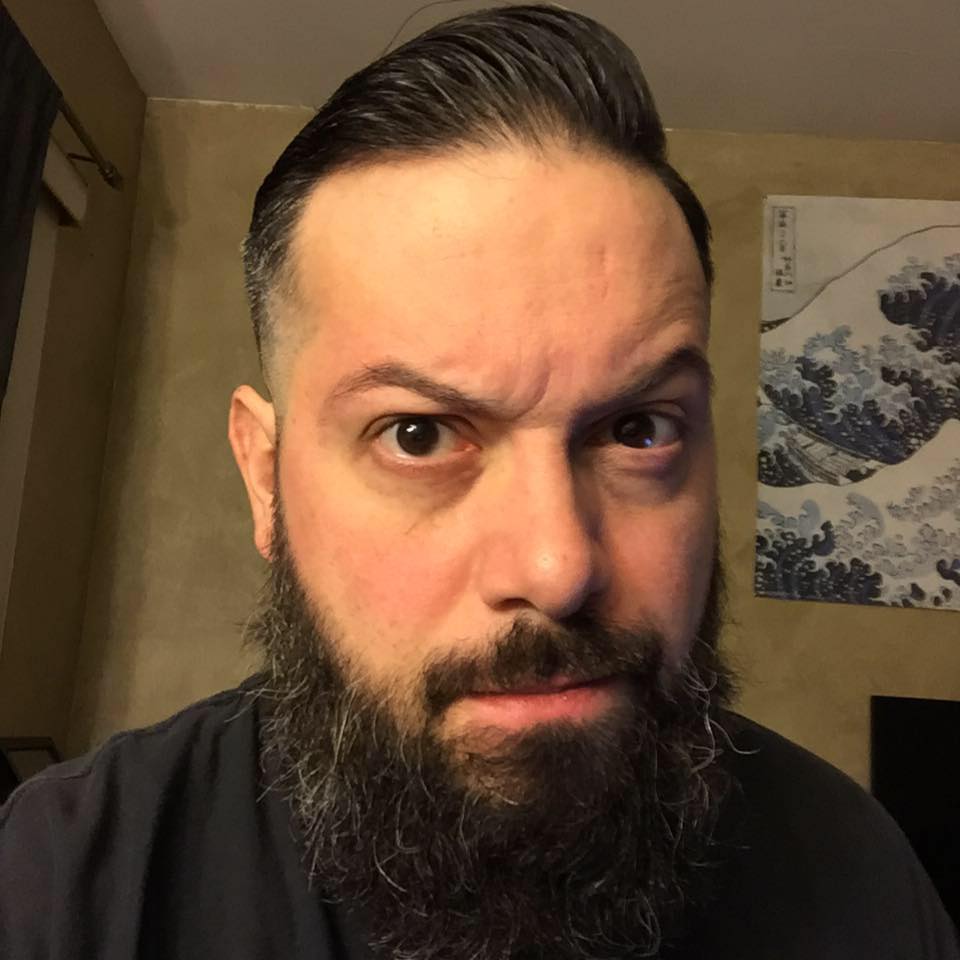 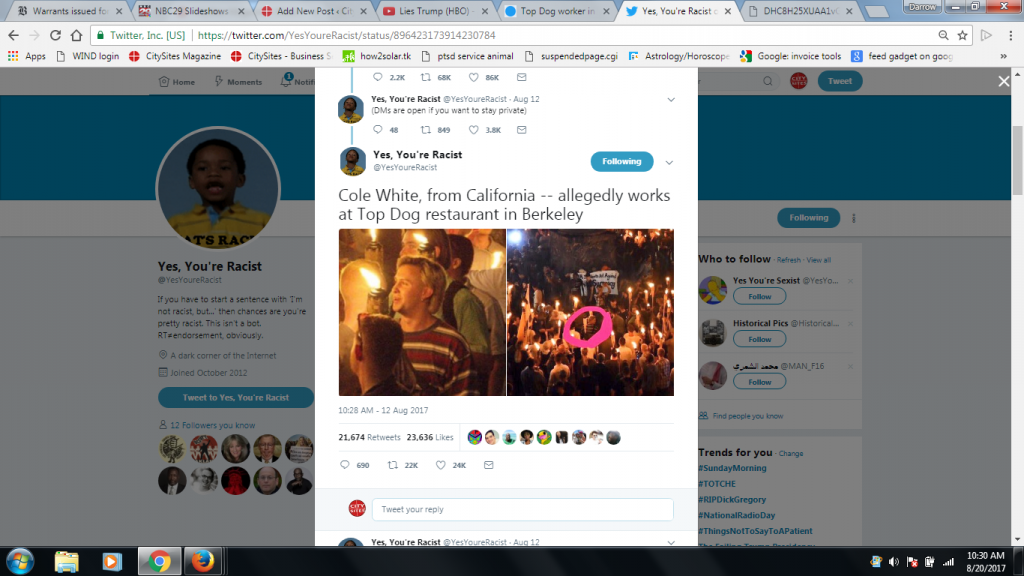 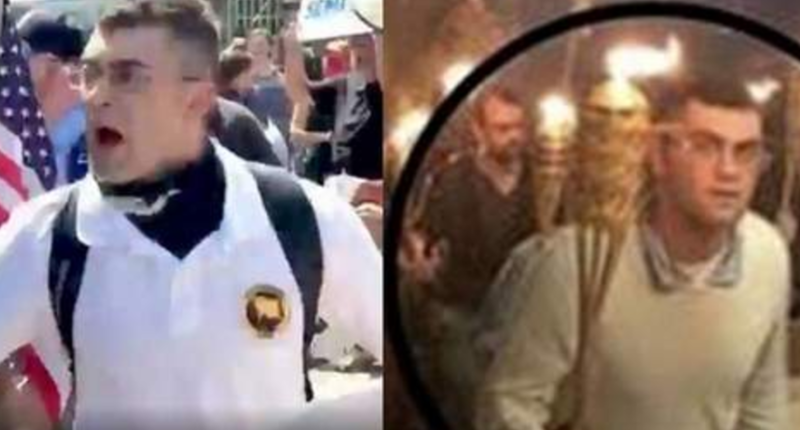 Jerrod Kuhn says his life has been ruined in his home town of , Honeoye Falls, NY since he was outed for participating in thee rally and writing articles for the altright white supremacists.

The District Attorney has stated Chris Cantwell is wanted for Felonies in Charlottesville. Youtube Video of Cantwell 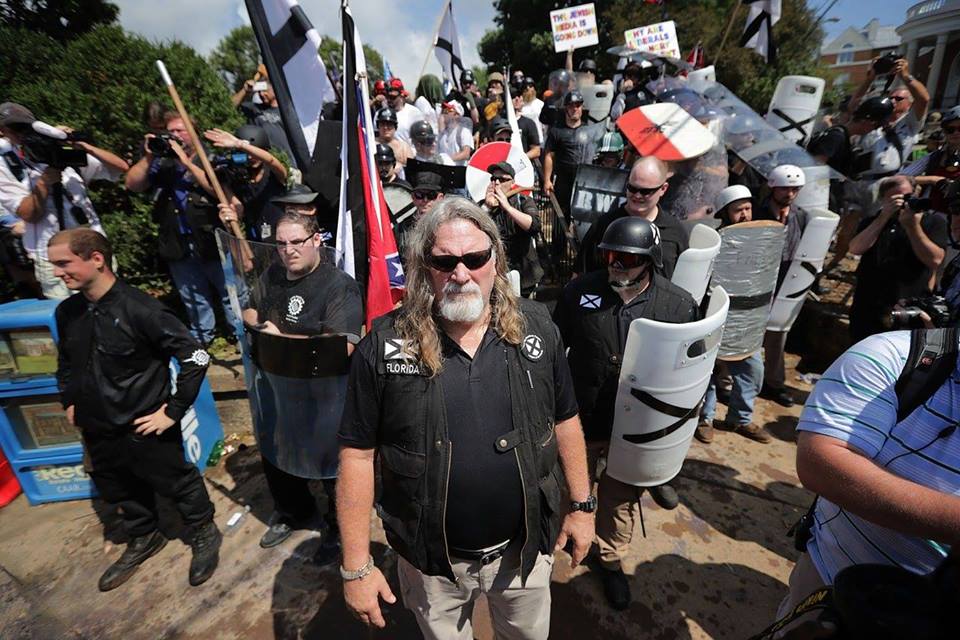 This guy Michael Tubbs of the League of the South appears to be the same person who leads the assault on peace protesters, as seen in Katie Couric’s video.

More and more people and organizations are boycotting Mara Lago thanks to Trump’s apparent support for the white supremacists.

And, as we all know, James Alex Fields was arrested on several charges including the murder of Heather Heyer. 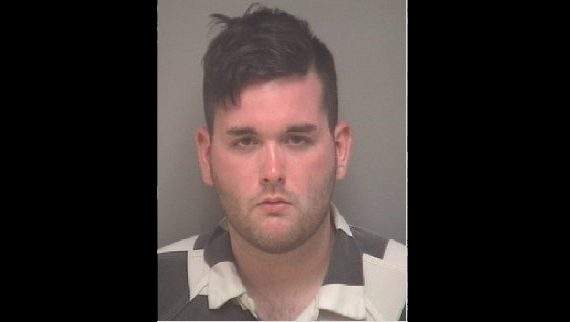