Intelligent people have empathy and don’t need Jesus to tell them to look out for the most vulnerable or to help prop people up, rather than push them down. Helping the most vulnerable is good for everyone in the community. I am so sick of hearing people equate conservatism with religion or intelligence – they have neither. Republicans are unintelligent, non-compassionate, faithless, selfish, and evil. Their excuses for their goals in changing laws are lies based on hate and greed. Republican is a hate word. Remember that, as you choose your friends. Those who follow them are the most hateful and uneducated people in the world. If you think you can be “educated” and still be hateful, then your education has been a waste of time and money. Some people assume that education equates to intelligence, but this is false. It is just as easy to be educated to be an selfish idiot who creates havoc, as it is to be educated to make the world a better place.

Republicans use lies to support their greed.  They try to convince uneducated and racist people that they will prop them up by denying small benefits to the most vulnerable, while they take huge benefits for the most wealthy.  How stupid do you have to be, to believe them? Or maybe your desire to hate is so great, that you are willing to let them steal huge benefits in order to support your hate. If so, you are not only stupid, but a disgusting form of humanity.

Unified in greed and hate. One can only imagine the soul-less characters that are now in love with Trump, after previously calling him a moron or worse. Those who support this Republican team are cowards who only want to be on the “winning” team for a short time, and cannot see that they will lose their power due to their lack of decency and foresight. They will cause a rebellion when they make so many people poor that people become truly desperate. 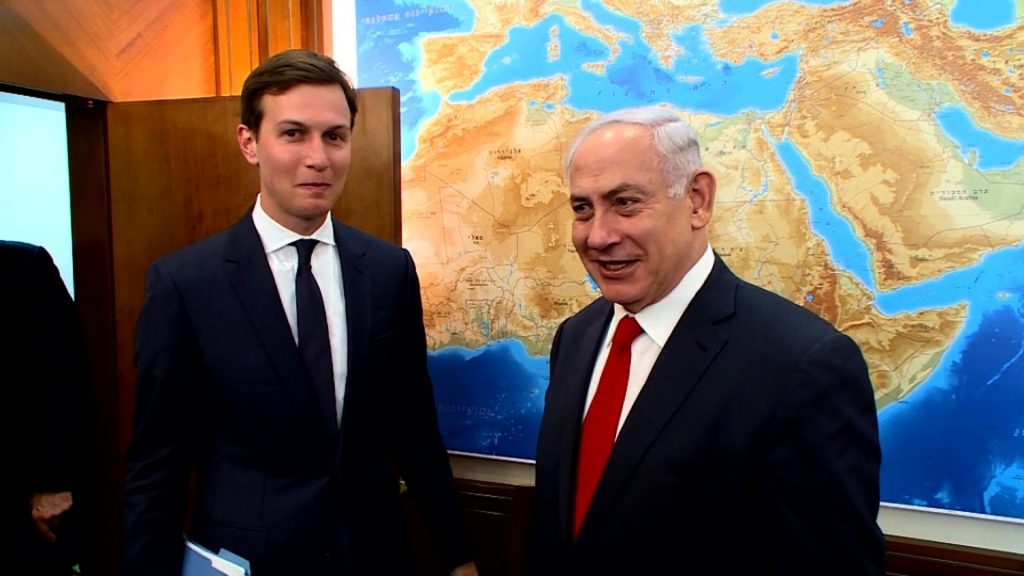 If Jared Kushner and Netanyahu had any intention to make peace in Palestine and Israel, they would simply follow the state lines that were drawn back in 1947 and agreed upon at the UN. But bullies never want to come to an agreement, they just want to keep stealing land and resources because, they are greedy, racist assholes.